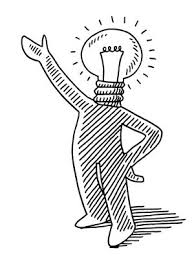 A few days ago, I was listening to a lecture on pitching by Guy Kawasaki for The Berkeley Entrepreneurs Forum, which he did two years ago. Besides the fact that it is incredibly funny, there is plenty to learn from it for the average beginning entrepreneur. Since I have been reading on this matter for a long time, there was a lot I already knew. However, there was one important statement that made me hold my breath: a demo is the best pitch. It may sound very obvious, but how often do you get the chance to do a demo? Most of the time, you have to go through a whole process of administration and elevator pitching before you get the chance to do one.

A few days later I stumbled across Web Summit, and decided to apply for a booth promoting my product at its startup event ‘Web Summit Alpha’ in Lissabon. I was surprised to see that the Web Summit Alpha application form did not offer a chance to upload a two minute video about your product. Just a seven word description and a reference to your company website was enough. That made me believe there wouldn’t be much of a selection aside from the approximately 1500£ participation fee. After filling in a secure web application, I got an email that I was to make an appointment for a 15 minute conversation. So I made an appointment for 9.30pm the next day, at which time the phone rang and a guy introduced himself. He spoke English with a strong Scottish accent, on an inferior international telephone connection with time lag, talking very fast and asking me questions I didn’t quite understand given those circumstances. I had expected a conversation about the event and some practical information on taking a booth there, but I caught a few words like ‘Uber’ and ‘Investor’. I kinda guessed he asked me what I would expect from an investor in my company, so I answered just that, ending with ‘did that answer your question?’

Clearly not. He wanted me to pitch my product at the phone, just there.

Can you imagine any worse situation than where you have to pitch your product totally off-guard, to a guy of whom you know has no money to invest in your product, whom you hardly understand, on a poor international telephone line? No rapport, no fundamental curiosity from the person you’re talking to because he’s just doing his job and has to listen to 20 more pitches that day to get his wages. Well, I was not ready for this, and surely I blew it. After 5 minutes in the conversation he suddenly got very hasty and didn’t even let me explain the third function of my product. I could hear from his voice that I performed pathetically and that he wanted to end the pain as soon as possible. When I mentioned I would actually launch my product at the event, the response was no more than another attempt to escape the horrid experience of yet another newbie who likely can not even spell the word pitch. Or is it ‘pich’? The announced 15 minute conversation lasted 7’32”. Thanks for the opportunity.

Most professionals will tell me I should be ready to pitch at any time in any circumstances. Well I have to disagree. I will pitch like a shark to people I can get money from, because the tension drives me to do so. However I can’t do this with similar passion to some irrelevant guy who likely doesn’t understand the product anyway because it is new, and he doesn’t get to see it. I tried pitching without a demo before and it usually sucks. People start making senseless comparisons based on their poor imagination of a new concept because they have nothing to go from, thus making a pitch largely impossible. It is like Steve Jobs once said : ‘A lot of times, people don’t know what they want until you show it to them.’ And I need to show it to them.

So now I guess you are wondering what do I say to the consumer to ‘sell’ my product? For starters, I treat them as people, not as consumers. They deserve this basic respect. They will use my product because it means something to them, so they might as well mean more to me than just a puppet dangling on my commercial string. Then I take my phone and demo the alpha I have running on it. That actually does the trick in most cases. Only Facebook power-users seem to build resistance since for now, Howabout is basically an ‘Organisor With Event Based Photo Sharing’, and they already organise their lives around all of Facebook’s features. I can imagine stepping down from it and moving to a new platform is a challenge, even if it would be more easy and intuitive. And more to the point.

So what about divine pitching then?

The problem is that there is a consensus on what works best for startup funders. People have to perform the perfect pitch, have the perfect team, and a valid product. If you fail any of those, you fail all. I think Guy Kawasaki made a good point saying the You Tube founders’ fundamental approach was ‘Wouldn’t it be cool if we could offer stolen video’s for free online?’. It really sums it up. The founders can have a wicked team and a crooked mentality, as long as the idea ‘rocks’. They were no geniuses but a bunch of college guys, they were no ‘perfect team’ as it is idealised these days. Steve Jobs and Steve Wozniak were not a perfect team. I can understand that investors want to see a great pitch, but I doubt if they will judge you at the phone, on a poor connection, without fundamental interest in investing, all spoken with an awkward Scottish accent. Step off it people! If you want to make money on entrepreneurs, at least give them a proper chance when testing their metal. That goes for organisers of startup events as much as incubators and the like. The bottom line is : if the product speaks for itself, the pitch won’t matter, so give the product the chance to do just that. Good sales people can be hired. Good ideas can’t.

From the above experience, it is obvious that Web Summit Alpha has grown out of its proportions as it introduced telephone workers for selecting entrepreneurs for their event, who  don’t get the proper information and training to prepare for the conversation, neither do they properly inform the entrepreneurs to prepare themselves. I can imagine the quality of Web Summit Alpha declining in the coming years unless they do something about it. #websummitalpha #guykawasaki #pitch #startup #incubator